This is particularly useful for coloring large numbers of points by a value - say scattered observational data as an alternative to the slower POLYGON command. 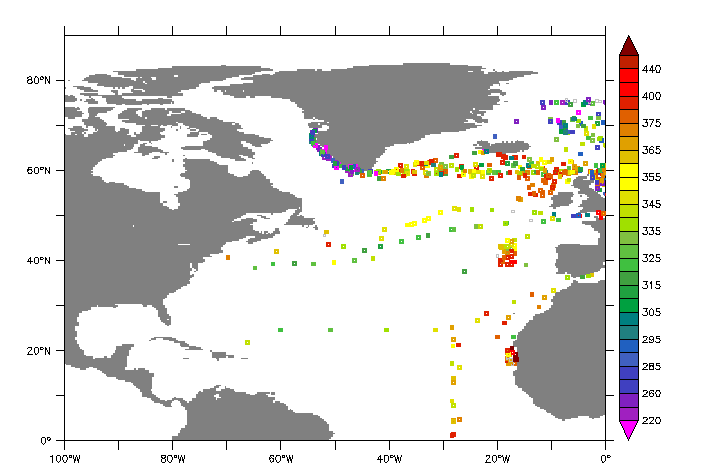 The type may be any of the NetCDF variable types: /OUTTYPE=DOUBLE,FLOAT,INT,SHORT,or BYTE. SET LIST/OUTTYPE is a persistent setting, which remains in effect during the Ferret session or until canceled or reset with another SET LIST command.

SAVE/OUTTYPE= will override any other settings, for this SAVE command only. Individual variables may also be given an output type, with the existing SET VAR/OUTTYPE qualifier.

Then the vertical axis label will be automatically made smaller to fit on the page.